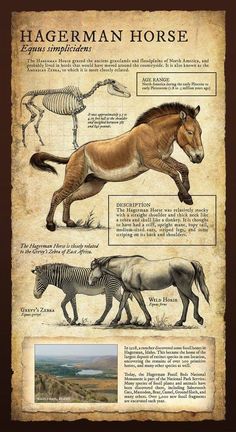 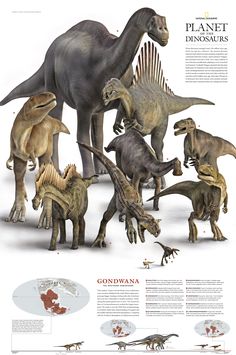 Having been to many museums in NYC and DC. I can say the sizes are amazing but not as large as I thought when I was a kid. 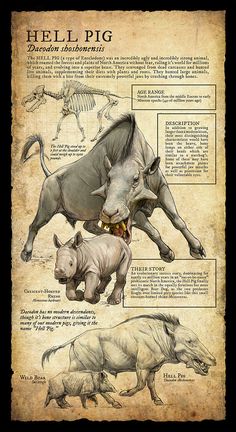 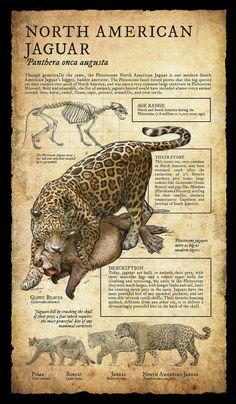 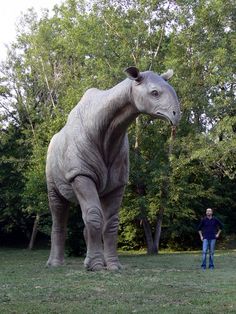 Indricotherium, the largest land "mammal" that has ever lived.

Herrerasaurus was one of the earliest dinosaurs. Its name means "Herrera's lizard", after the rancher who discovered the first specimen. All known fossils of this carnivore have been discovered in rocks of Carnian age (late Triassic according to the ICS, dated to 231.4 million years ago) in northwestern Argentina.The type species, Herrerasaurus ischigualastensis, was described by Osvaldo Reig in 1963 and is the only species assigned to the genus. Ischisaurus and Frenguellisaurus are synonyms 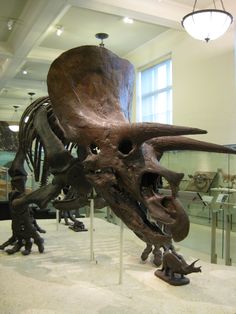 Triceratops - NYC, NY Museum of Natural History. The kids loved this museum as much as I did when I was little. :-) 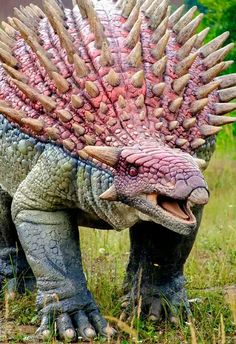 Ankylosaurus is a genus of armoreddinosaur. Fossils of Ankylosaurus have been found in geological formations dating to the very end of the Cretaceous Period, between about 68–66 million years ago, in western North America, making it among the last of the non-avian dinosaurs. It was named by Barnum Brown in 1908, and the only species classified in the genus is A. magniventris. The genus name means "fused lizard" and the specific name means "great belly" 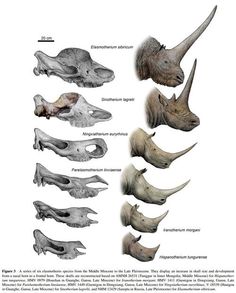 rhamphotheca: “ A Bizarre tandem-horned elasmothere rhino from the Late Miocene of northwestern China and origin of the true elasmothere [2012] Although the modern Indian and Javan rhinos have a... 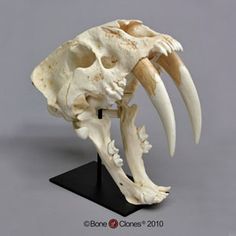 Smilodon populator lived in the eastern part of South America. The three species recognized in the Smilodon genus became extinct only about 10,000 years ago. 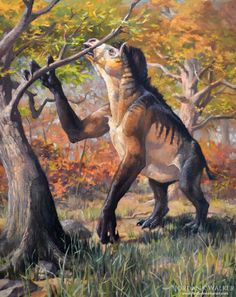 jordankwalker: “ Chalicotherium A chill breeze blows through a #Miocene forest, rustling leaves that have just begun to turn yellow. Autumn in in central Europe signals a coming scarcity, and many... 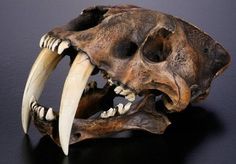 Saber-tooth tiger Saber tooth tigers lived many, many years ago back when the earth was trapped in an Ice Age. At that time, woolly mamm... 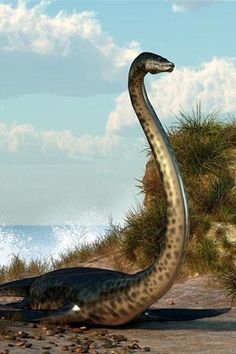 Muttaburrasaurus was a genus of herbivorous ornithopod dinosaur, which lived in what is now northeastern Australia sometime between 112 and 99.6 million years ago during the early Cretaceous Period. It has been recovered in some analyses as a member of the iguanodontian family Rhabdodontidae.After Kunbarrasaurus, it is Australia's most completely known dinosaur from skeletal remains. It was named after Muttaburra, the site in Queensland, Australia, where it was found 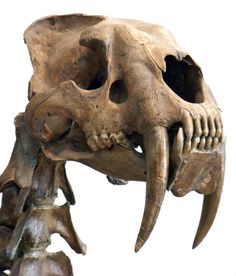 14 extinct animals that could be resurrected

Looking at the epic canine teeth of these once-fearsome cats of Pleistocene lore, you may wonder whether resurrecting saber-toothed cats is a good ide 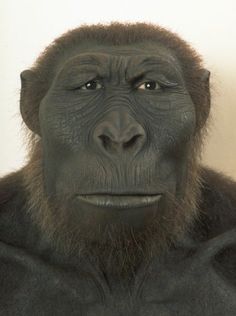 Paranthropus boisei or Australopithecus boisei was an early hominin, described as the largest of the Paranthropus genus. It lived in Eastern Africa during the Pleistocene epoch from about 2.3 until about 1.2 million years ago.......