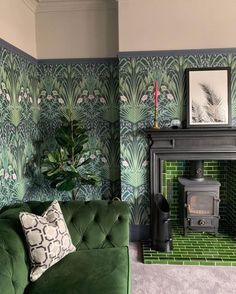 This bold & beautiful Bluebell Wallpaper by Cole and Son forms part of the new Botanical Botanica Collection and features a fretwork of wild field flowers in a sophisticated Art Nouveau style. 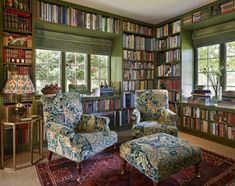 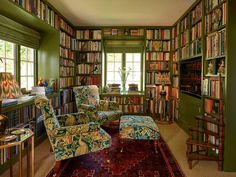 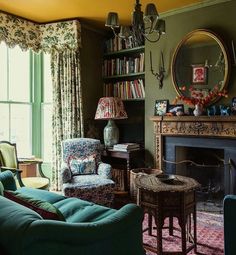 How to Figure Out Room Colors with a Colorful Sofa

I'm obsessed with that teal color. But, I'm stumped where to go from there with the other room colors. Is it a mistake to go with a bold color for a sofa? 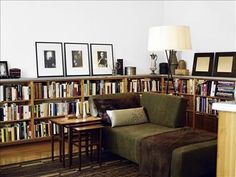 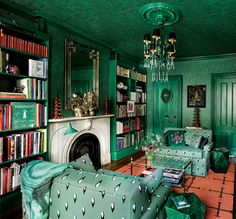 When a couple returned to the Park Slope home they’d vacated years ago, they gave it a whole new look. 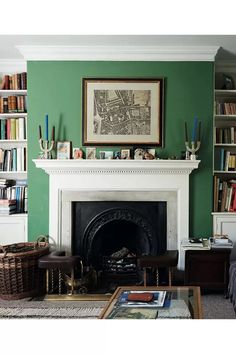 How to make your mantlepiece a decorative focal point, even if your fireplace no longer serves its original function. Mantlepiece decoration ideas from the some very stylish homes. 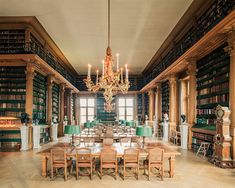 House of Books: Majestic Photos Of Libraries Around The World By Franck Bohbot

French photographer Franck Bohbot appreciates the simple pleasure of reading books, so he decided to travel around the world to document the most beautiful libraries. Currently living in New York, Bohbot started the House of Books series back in 2012, and has already visited some of the finest libraries, such as Bibliothèque Nationale de France, Biblioteca Angelica in Rome and the New York Public Library. 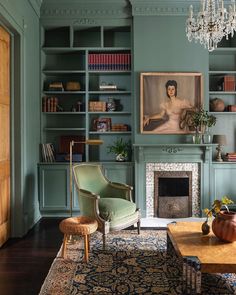 Farrow & Ball on Instagram: “It's Friday and we're celebrating with a little bit of a luxury! ✨ By taking #GreenSmoke over every surface of this room, a real sense of…”

15.1k Likes, 165 Comments - Farrow & Ball (@farrowandball) on Instagram: “It's Friday and we're celebrating with a little bit of a luxury! ✨ By taking #GreenSmoke over…” 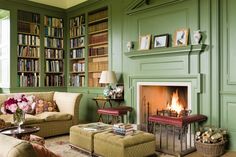 Go Green(ery) with Pantone Color of 2017

PANTONE, the global authority on color, has appointed greenery as the #1 color of the year 2017. 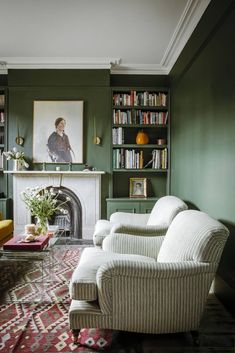 I'm starting a new blog series to showcase designers and inspiration via Pinterest. Click over to the blog for the first post in my new series, 10 Pins. 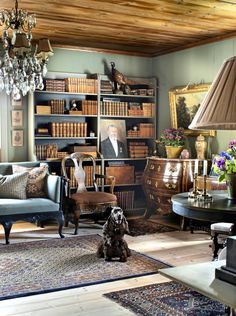 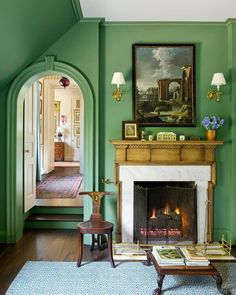 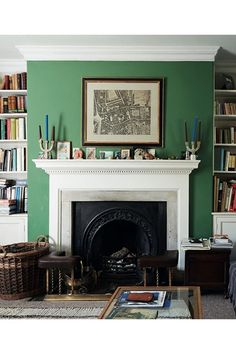 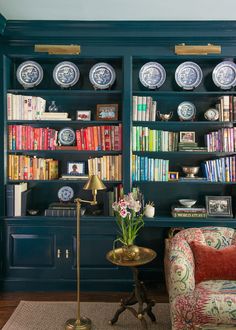 The Saturday 6 - Emily A. Clark

A quick list of the best interior decor inspiration that I discovered this week. 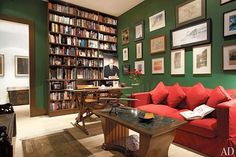 Just in time for St. Patrick’s Day, we’ve rounded up this collection of envy-inducing green rooms to bring you luck today and every day hereafter