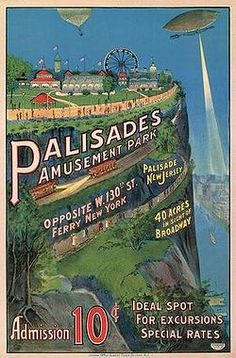 Palisades Amusement Park was an amusement park located in Bergen County, New Jersey, across the Hudson River from New York City. It was situated atop the New Jersey Palisades lying partly in Cliffside Park and partly in Fort Lee. The park operated from 1898 until 1971, remaining one of the most visited amusement parks in the country near the end of its existence.

Palisades Amusement Park. Marie and bob took us (Frankie, rickie and I) there all the time 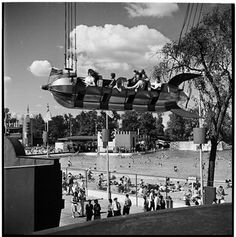 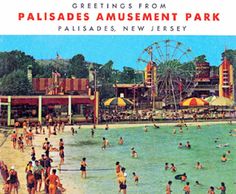 Best night of the summer would be when Dad would say, "Who wants to go to Palisades Park?!" 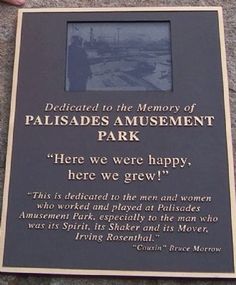 Dedicated to the memory of Palisades Amusement Park 'Here we were happy. (A historical marker located in Cliffside Park in Bergen County, New Jersey.) 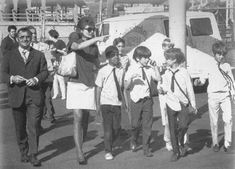 Twenty years ago today, one of the 20th century’s most legendary Americans and perhaps the world’s most iconic woman died. Despite dying just two months shy before qualifying for Social…

A major part of New Jersey's past, many have fond memories of this incredible amusement park. 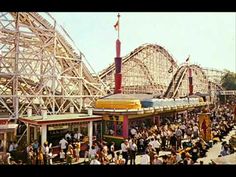 Palisades Amusement Park! "Come on over!!" 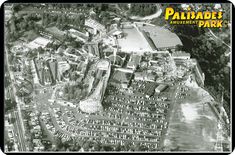 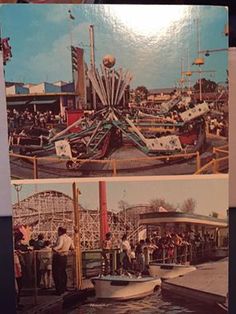 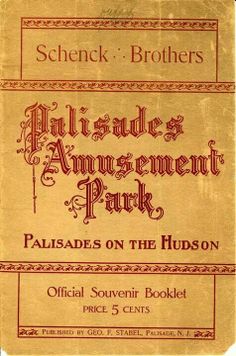 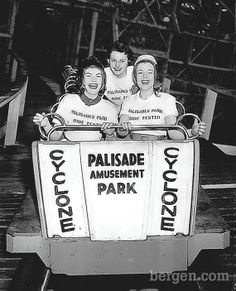 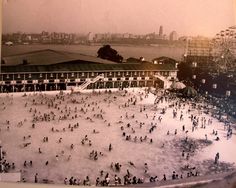 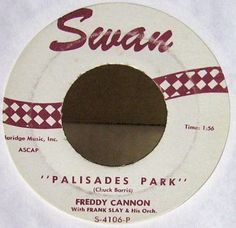 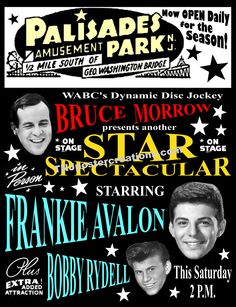 On top of the New Jersey bluffs overlooking Manhattan, New York, Palisades Park was the place to be to see "Cousin Brucey" Bruce Morrow host his rock and roll Star Spectaculars. Courtesy of www.tnjpostercreations.com.