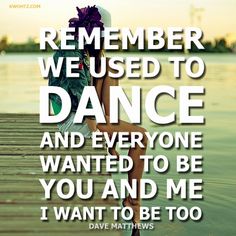 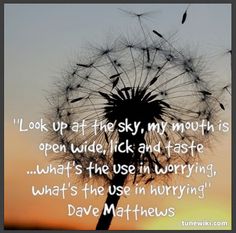 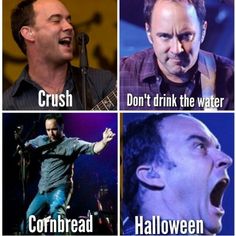 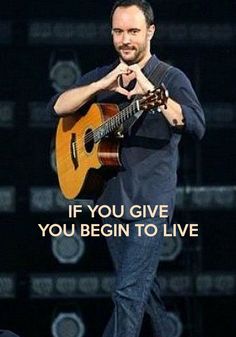 My name is Kervie and I'm not here to make sense. 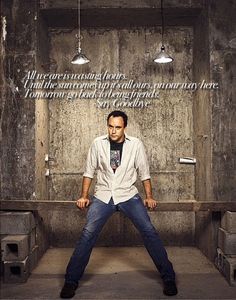 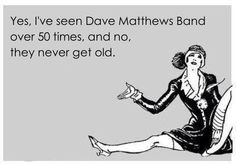 45 and counting. And no, it truly never does get old. 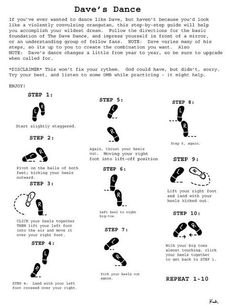 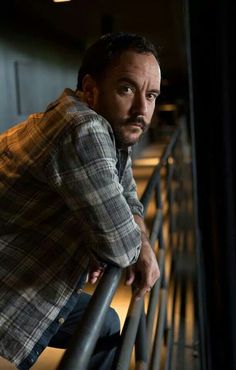 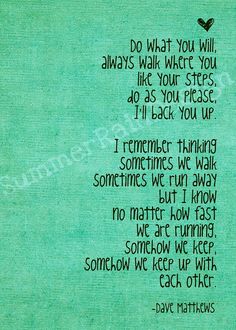 I'll Back You Up

I hope, if like me, you weren't a Dave Matthews fan, you at least have come to appreciate the poetry of his songs through this exercise of DMB 101. Each day I have found a different song that... 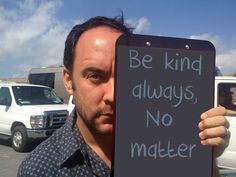 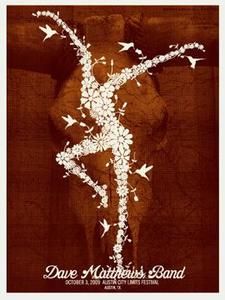 Dedicated to the world of DMB Poster collecting. 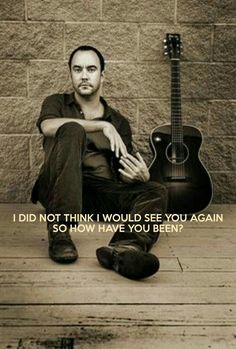 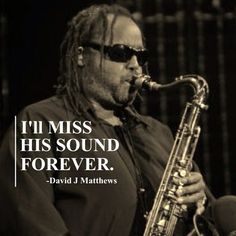 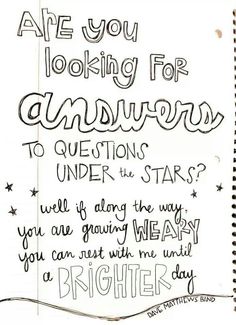 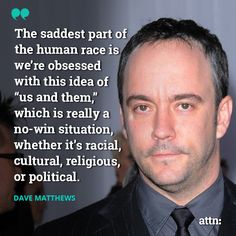 the problem with dualism