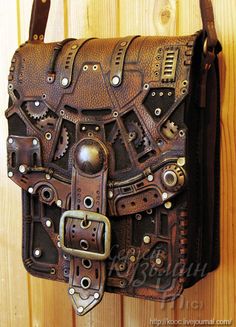 Russian leatherworker and throat-singer Sergueї Kooc produced this beautiful steampunk briefcase in 2013. It’s just one of the many versatile and wonderful pieces he’s posted to his Liv…

Image discovered by SteamPunkCouture✔. Find images and videos about cosplay, victorian and steampunk on We Heart It - the app to get lost in what you love. 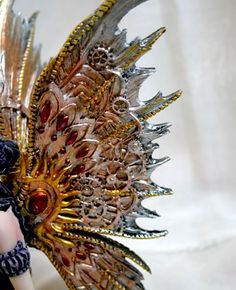 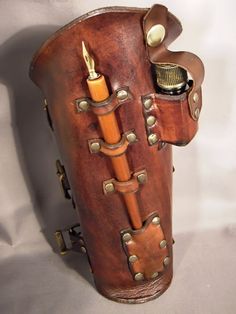 This completely handmade and unique bracer is made of 7-8 oz veg tanned leather dyed with a warm dark-brown, treated with a leather satin acrylic finisher. On the bracer are 3 holsters: * One for a wood pen holder with its nib * One for a bottle of ink * One for a little scroll Both are ideal for lettering, calligraphy, and are included of course ! The bracer measures 9 1/2 " in length external forearm side, (7" internal forearm to allow you flex your elbow) and it fits 6" to 8"1/2 wrist… 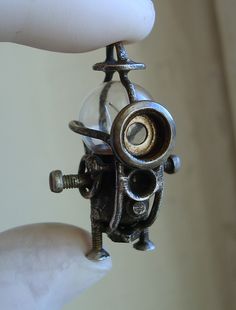 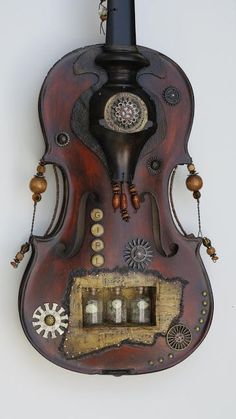 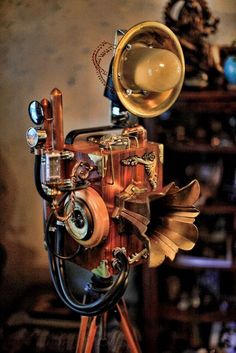 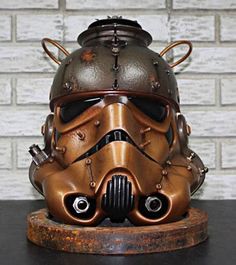 For some reason, steampunk-anything seems cool, but when you steampunk a stormtrooper helmet, you can be sure that you’ve got something... 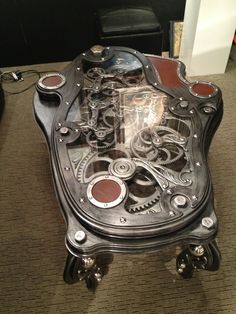 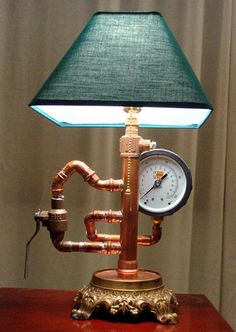 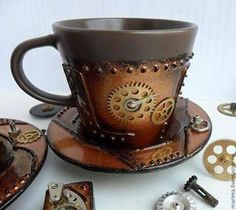 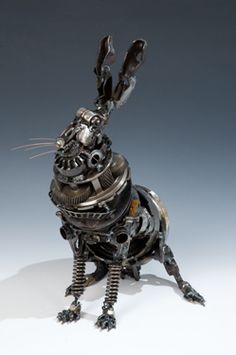 James Corbett, also known as The Car Part Sculptor, creates some of the most original pieces of steampunk art using car parts 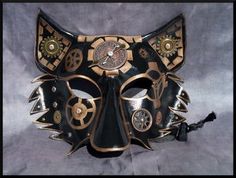 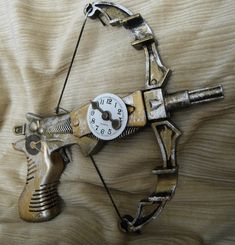 This hand-held crossbow hybrid device, fires a bolt of whatever type the wielder desires. It has a clock face that charts the tension on the device's string, and is detailed with external gearing. -------------------- This crossbow/gun is incredibly unique. It does fire, and comes with two darts (be careful the hammer can scratch, so take care when cocking it) It has been hand painted and detailed and comes with two containers for your own substances, perfect for the poisoner. It's about… 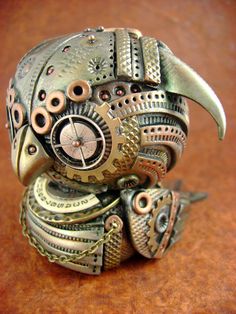 A NOTE ABOUT MY MECHOWLIES: MechOwlies are only listed once or twice per month as they take quite awhile to create. If you're seeing this listing as one of my 'Sold Orders', you're best bet is to LIKE Monster Kookies on Facebook. I post the listing on my FB page as soon as the MechOwlie is listed on Etsy. There are a lot of people waiting for their chance to get a MechOwlie, so they get snatched up really quickly! IMPORTANT: This listing is for one SURPRISE MechOwlie, similar to the ones in… 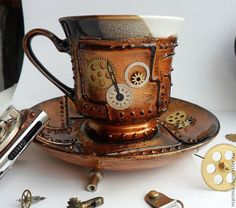