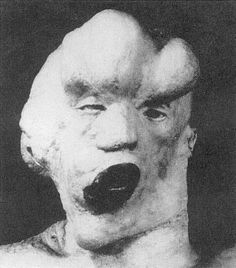 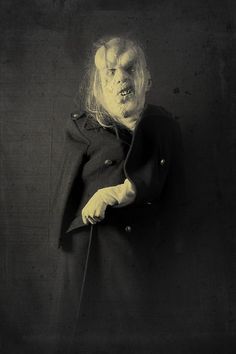 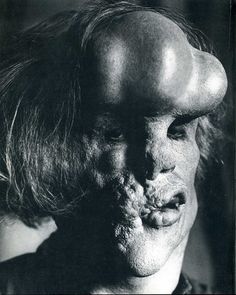 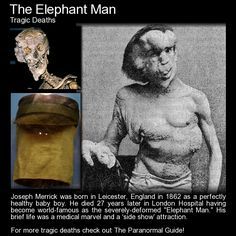 Joseph Merrick was born in Leicester, England in 1862 as a perfectly healthy baby boy. He died 27 years later in London Hospital having become world-famous as the severely-deformed "Elephant Man."... 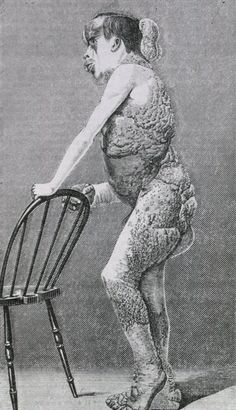 Your life is the best story! Just start your blog today! 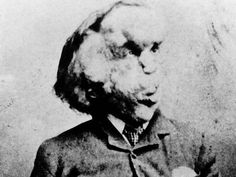 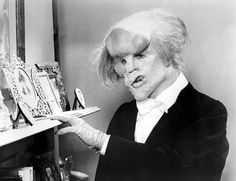 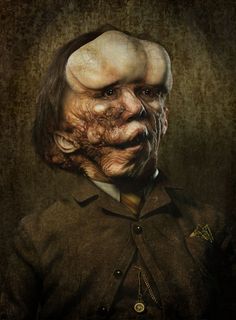 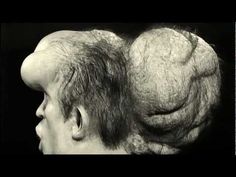 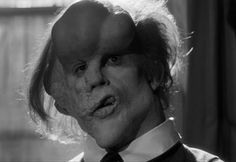 One of film's most amazing achievements in makeup, David Lynch's Elephant Man turned British actor John Hurt into Joseph Merrick, the terribly disfigured Englishman who gained notoriety as a human curiosity during the mid-1800s. 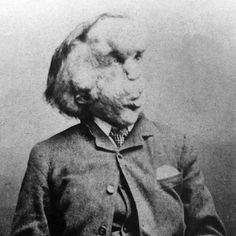 23 Incredible Photos Of Actors Vs. The Historical Figures They Played 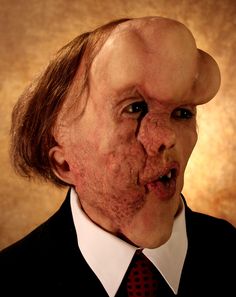 [I originally posted this December 2011. I thought I would repost because our friend Schlitzie's image has popped up around the internet lately in connection with American Horror Story (thanks Bima!), it wouldn't involve a lot of typing and Mr Kuebler has added to his collection] If you drop by here you might notice I sometimes post pictures of wacky art. I found a whole collection today that lead me on a voyage of nostalgic reflection and adventure. It was a collection of pictures of…

23 Incredible Photos Of Actors Vs. The Historical Figures They Played 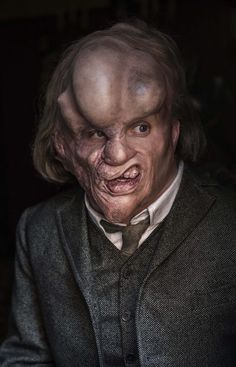 John Merrick was a disfigured man who lived in Victorian London. The cause of his deformities was a serious case of Proteus Syndrome. He worked in a freakshow for a while billed as "The Elephant Man" which is the name most people remember him by today. 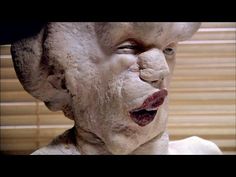 Ruth Epstein and John Rubin attempt to understand how the Elephant Man's speech was formed by studying Joseph Merrick's bone structure and applying the same ... 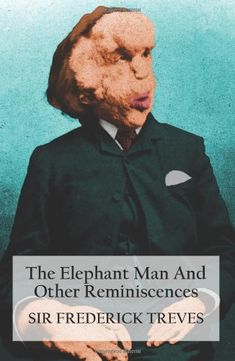 Joseph Carey Merrick lived his life in Victorian England as a "human novelty exhibit". As the infamous "Elephant Man" Merrick's grotesque appearance was sufficent to incite public outrage; he made women faint at the sight of him. Beneath his hideous deformities, however, lay the spirit of a sensitive, albeit wounded soul, with intelligence and respect for other living things, including those who'd wronged him.